In Star Wars Insider Issue 210 we learn exciting new secrets and little-known facts about the history of the Millennium Falcon through the years and all of the movies it has appeared in!

Star Wars Insider, Star Wars official magazine has just released its issue #210. As you might expect, it is packed with a bunch of different content; interviews, fan creations, upcoming releases, concept art, and insight into some creative approaches.

I’ve previously covered what Star Wars Insider is all about, so for this occasion, I’m going to focus on my favorite section of this issue. The making of the one and only Millennium Falcon, how it started, and its process throughout the years. This and other articles can be found in Star Wars Insider #210.

The Millennium Falcon is a Corellian YT-1300 light freighter that has been through some of the hardest tests a ship can endure.
Facing not one but two Death Stars, outgunned innumerable imperial ships or doing the infamous Kessel Run in less than twelve parsecs.

This heavily modded freighter is often referred to as junk, but without it, some of the biggest features in the galaxy wouldn’t have been achieved. Appearing in six of the nine episodes and one anthology film, this ship is arguably the most famous and beloved in the entire saga. 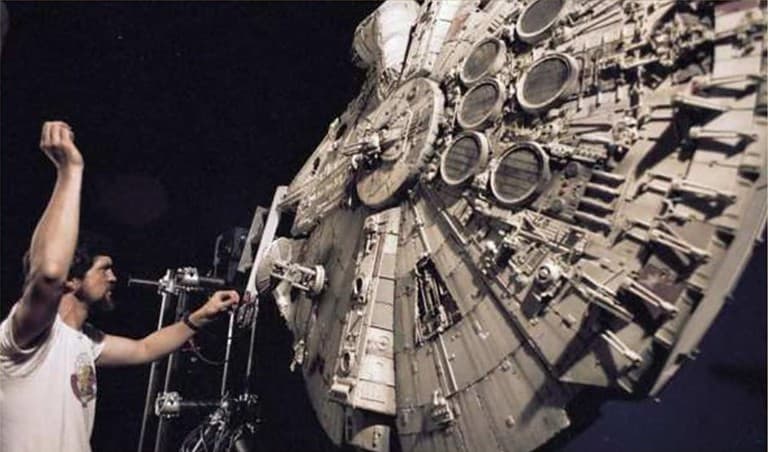 We all know George Lucas is responsible for creating this entire universe that we all love and cherish, but even he needed the help of experts in all types of matters to achieve his vision. Engineers, make-up artists, costume designers, model makers, and many, many more. 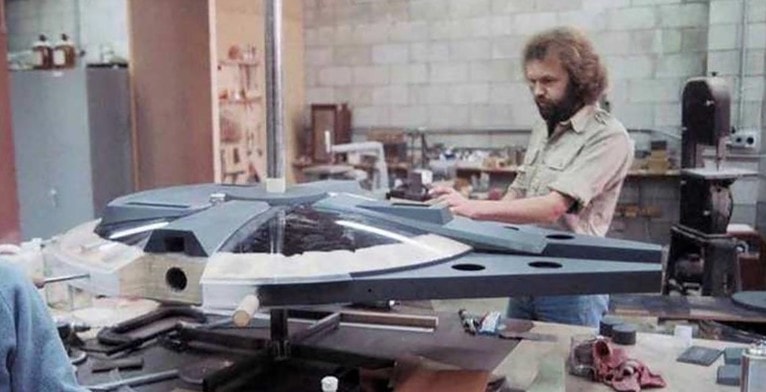 Lorne Peterson, a model maker on the original and prequel trilogies was handed the job of taking the Millennium Falcon concept and transforming it into a physical model. It all started with an aluminum frame, it had several mounting points that would allow the model to be filmed from different perspectives. A plastic skin gave the Falcon its odd silhouette.

When the time to shoot The Empire Strikes Back came, they realized a new Falcon miniature was needed. The original one looked very good on screen, but it wasn’t practical for scenes where the ship had to move a lot because it was too heavy. So, they built a four-inch model that was perfectly capable of making turns and flips between an asteroid field without causing trouble to the production team. 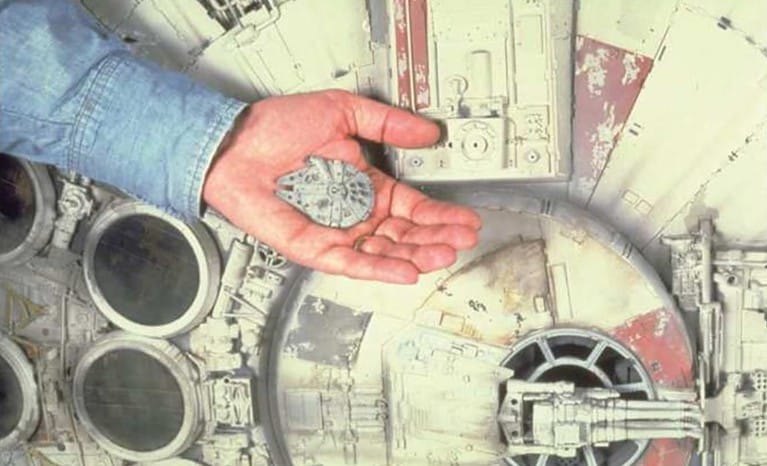 Peterson highlights how much joy and enthusiasm everyone poured into the project. All members were compromised and most of the time, solutions were found within minutes, and everyone did their part.

The amount of detail and technical proficiency is something that very few movies in the genre had shown at the time, reading these small fragments of history makes it easier to understand how millions fell in love almost instantly after the first movie was released.

Forty years later, The Last Jedi was released. And this time, a life-sized prop was used for the movie. But, since they were filming at Malin Head, Ireland, they had to rugged it in order to survive the natural elements that you could expect there; rain, wind, and humidity. 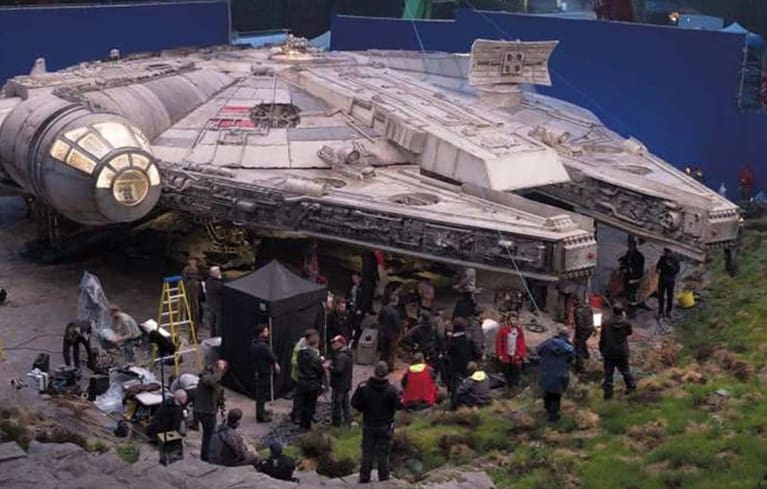 Eddie Gallen, an experienced scaffolder was the man for the job. The Falcon prop that was used for the first movie was dismantled and shipped to Malin Head for him and his crew to reassemble it.

But first, they had to prepare the site for two entire weeks before erecting the Millennium Falcon. “The attention to detail was unbelievable, I’d never seen anything quite like it. It was a credit to prop the makers who built it” said Gallen.

The Millennium Falcon in modern days

As time has passed, technology has improved and digital composition is now key to Star Wars films. Charmaine Chan, virtual production technical director at ILM shares some of his thoughts about working on shots that involved the Falcon in The Last Jedi. “We wanted to keep it as true to the original as possible, so we were constantly referring back to the older films.”

Some of the biggest challenges were presented when doing The Battle of Crait. This was a CG Falcon, so they had to be sure that the environment interacted in a proper way with the Falcon and the Tie Fighters.

An old and sophisticated Falcon

For Solo: A Star Wars Story, James Clyne, Lucasfilm Design Supervisor had to create a more elegant version of the Falcon. Lando Calrissian, a sophisticated and stylish smuggler owned the ship before Han Solo, so they had to match his style with the Falcon without changing its essence. After months of concept art and concept modeling, they found a shape and interior that fit Lando. “Star Wars was designed in the 70s and 80s and we wanted a retro feel, like it was from that era.” I pictured this as owning a modern car and having to think how it would have looked forty or fifty years ago. Reverse engineering every section of the car and determining what makes the cut, and what doesn’t without altering the essence of the car, or in this case, the Millennium Falcon.

These small insights really give me a better idea of what an astronomical project A New Hope was. I can’t even start to imagine how many hours every passionate and dedicated person involved poured into it. It’s so cool to see how other artists, crafters, and crew members believed in the movie that has taken us through an incredible journey. 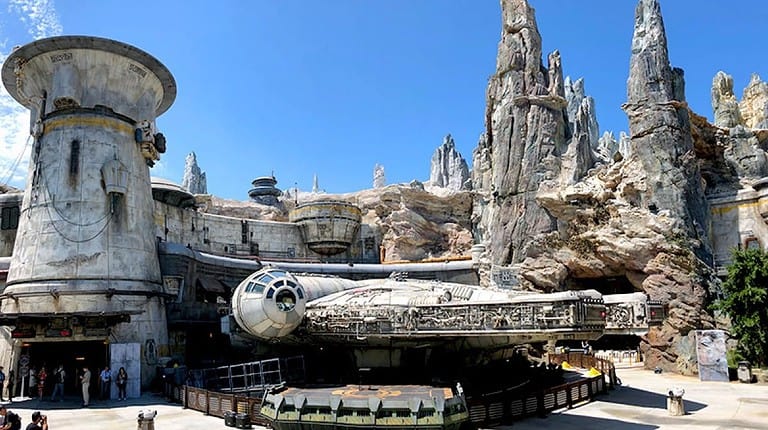 This is just a sneak peek of the history of this iconic ship, but a very insightful one. What are your thoughts? Do you like how the Millennium Falcon looks in Solo: A Star Wars Story? Have you ever been to Galaxy’s Edge, where a life-size Millennium Falcon is displayed? If so, how was your experience?